"Casual Sex" Is NOT Liberating! 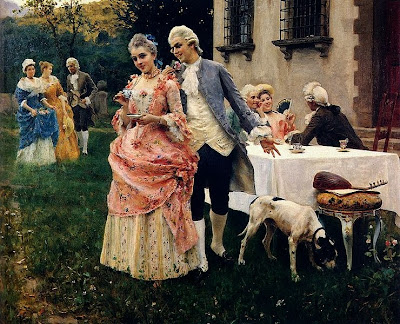 'When you “express yourself” you are conveying a message about your thoughts, feelings, and character. So shouldn’t we, rather than encouraging sexual expression for the sake of it, encourage MEANINGFUL and POSITIVE sexual expression? In the context of commitment and loyalty, sex expresses something. It expresses: “I love you. I give myself to you.” But what does casual sex express? “Use me and I’ll use you.”' ~Matt Walsh

In addition to the quote above, the following blog post makes so many valid points, and makes so much logical sense, I just HAD to share it here.

Abstinence Is Unrealistic and Old-Fashioned

The article is not for children, but I do think it should be read and discussed with the teens in our lives, especially since it was a response to a high school student's questions about staying morally pure.

Here are a few more quotes:

We’re told that we are sexually “liberated” if we throw ourselves at strangers and give ourselves over to people who couldn’t possibly care less about us. This is yet another lie. If modern attitudes about sex have “liberated” us, what, precisely, have we been freed from? Security? Commitment? Trust? What, we’ve broken the Shackles of Purity and Love and run gleefully into the Meadows of Pornography and Herpes? Because that’s all that our sexual liberation has wrought. A lot of confusion, a lot of porn, a lot of disease, a lot of emotionally desperate, psychologically battered, spiritually broken people wandering around, searching for another stranger who’s willing to go in for a few more rounds of sterile, shallow, pointless sex.


Even the term “casual sex” is insane. It’s an oxymoron. Denim is casual. Restaurants can be casual. Casual: without serious intention, careless or offhand, informal. A high-five is casual. Sex can only be viewed in this same vein once we have dehumanized ourselves enough to see human sexuality as something no more significant than a pair of jean shorts.

Describing sex as “casual” is like describing the ceiling of the Sistine Chapel as a “nice little doodle.” That’s what I can’t stand — the people who diminish and cheapen sex are the ones who get to pass themselves off as “sexually enlightened.”

Obviously, I don't see being "old-fashioned" as a bad thing. In fact, more and more, as time goes on, I believe it's the only way to stay morally clean. Following the truth that has been proven over and over again throughout all of history is the only way to be happy and successful.

I'm proud to say I'm "old-fashioned!" And I hope you enjoy reading and sharing this article with "old-fashioned morals" as much as I have.

Posted by Rachel Keppner at 4:18 PM