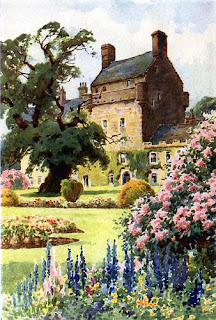 WHEW! At last, I feel like I'm recovering from our move. Most things are unpacked, and we're finally settling in.

I thought I would share some lessons I learned:

1) Let others help you. We are LDS, and one thing that we have found in every ward (congregation) we've been in, is that the men are always willing to help load and unload. The men in our old-- and new-- Elder's Quorums picked up and moved all of our boxes and furniture for us. A friend of mine in our former ward organized a group of young men and young women to come and clean our empty house, and also moved a few extra odds and ends into her truck after moving day. What a blessing!

I don't know how I could have done it without the generous help of those wonderful people. Because I've had so much help through the years, I try to help others when they move. Cleaning with a move-weary mother has been a blessing for me as well as for the one I'm serving. Pay it forward!

2) Let sons help their father. My boys (ages 12 and 11) really stepped up to the plate this move, and accompanied their father with a load of just boxes to the new house the night before moving day. (We had the grown men help with the furniture the next morning.) This was not some contrived "job"-- the boys stood a little taller, because their help was really needed! It was much appreciated by our whole family, and relationships were strengthened.

3) When moving a short distance, use the moving truck for several loads, rather than trying to cram everything in one. We rented the biggest truck U-Haul has, and filled it up twice!!! Now that our nine children are getting bigger, we've found that all of their stuff is bigger, too. They need more room for clothes, books, treasures, and they have more furniture. Our oldest three, in particular, are studying on their own more, and have their own desks and bookcases. I wish we had reduced more of our stuff, but moving day came, and we had to make quick decisions about what came with us.

Which brings me to number...

4) Let go of the guilt! Okay, so I didn't de-junk as well as I should have. But, I let go of the guilt, unpacked the necessaries, and have been de-junking as I unpack. It's actually been a good thing, because now I'm not rushed with the pressure of an impending move.

I have been examining things much closer, and getting rid of the things that just don't work with this new home. I've also been reevaluating things like books. Yes, we homeschool, so books are really important, but some of them are not really "classic." I've been the beneficiary of lots of people's generosity ("Hey! You homeschool! Have some books!"), but I've found it's best for our family if I keep the best, and cull the rest. (I'm letting go of that guilt, too!)

5) Let gratitude be a priority-- say "Thank You!" We had so many people help us at both ends. From my daughter's Young Women's class, who brought us dinner the last week in our old home, to the lady in our new neighborhood who brought us a basket of fresh oranges, we have been blessed beyond measure. I have tried to be good about sending thank you notes, or even just giving a sincere "Thanks so much!" I know I can improve in that area, but I'm trying.

Moving is such an adventure! I'm so grateful for the lessons we learned.
Posted by Rachel Keppner at 5:47 PM