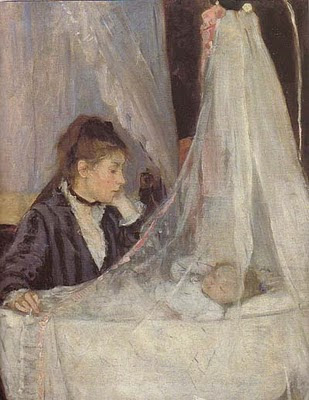 Being 37 weeks pregnant, I have lots on my mind, but one of those things that I thought would be fun to discuss today is:

My husband and I have a system for naming our babies, and I like how it works. Of course, some of my kids have names that I really ADORE, and then there are a few names that I wish I had given more thought to. In fact, my baby number five got his name changed at 5 months old, because we simply could not get the name we had chosen before he was born to stick! We learned our lesson, and now keep our minds and options open until we see and get to know the new baby and his or her personality.

We decided, soon after we named baby number one, that we need a "theme." Mostly, because I am one of the most indecisive people on the planet (it's really true... I think...), and narrowing down the list of names I like helps me make up my mind.

The "theme" we chose came about partially because of our ancestral heritage, but also because we think these kinds of names are pretty cool. So, we keep our list to Gaelic/Celtic names for the first name, and family-associated names for the middle names. (*Two exceptions to this are two of our daughters who were born in December. They have Christmas-type middle names.) We don't include British/English names in that category, because that broadens our choices too much. (I try to push the envelope on that, from time to time, but Russell's good at holding me to "our rules"!) Who knew when we started, that these kinds of names would become so popular? So much for being "original!" ;-)

Just as a point of interest, I thought I'd share our kids' names here:
Another important part of this process is that my husband and I "take turns" picking the name. Of course, we allow the other parent complete Veto power, so it does end up being something we both are happy with. (This worked nicely for me with the last baby, as "Avalon" has been my FAVORITE name for a few years now, and though it's not HIS favorite, he finally warmed up to it. Yay, me!)

So, this time, it's my husband's turn to choose, and I've been trying to be as helpful as possible, following him around with a list of name "ideas" I have. ;-) We pretty much agree on a middle name for a boy, and have a few ideas in that direction, but as for little girl names, I'm stuck. But, my husband has had a knack for choosing names, and I think he'll come up with the perfect one, once we see WHO is arriving.

How do you name your babies? Do you stick with a system? Do you pre-choose the name, or do you wait a while? I'd love to hear your thoughts on this matter.

Posted by Rachel Keppner at 6:21 PM