Where Will YOU Stand? 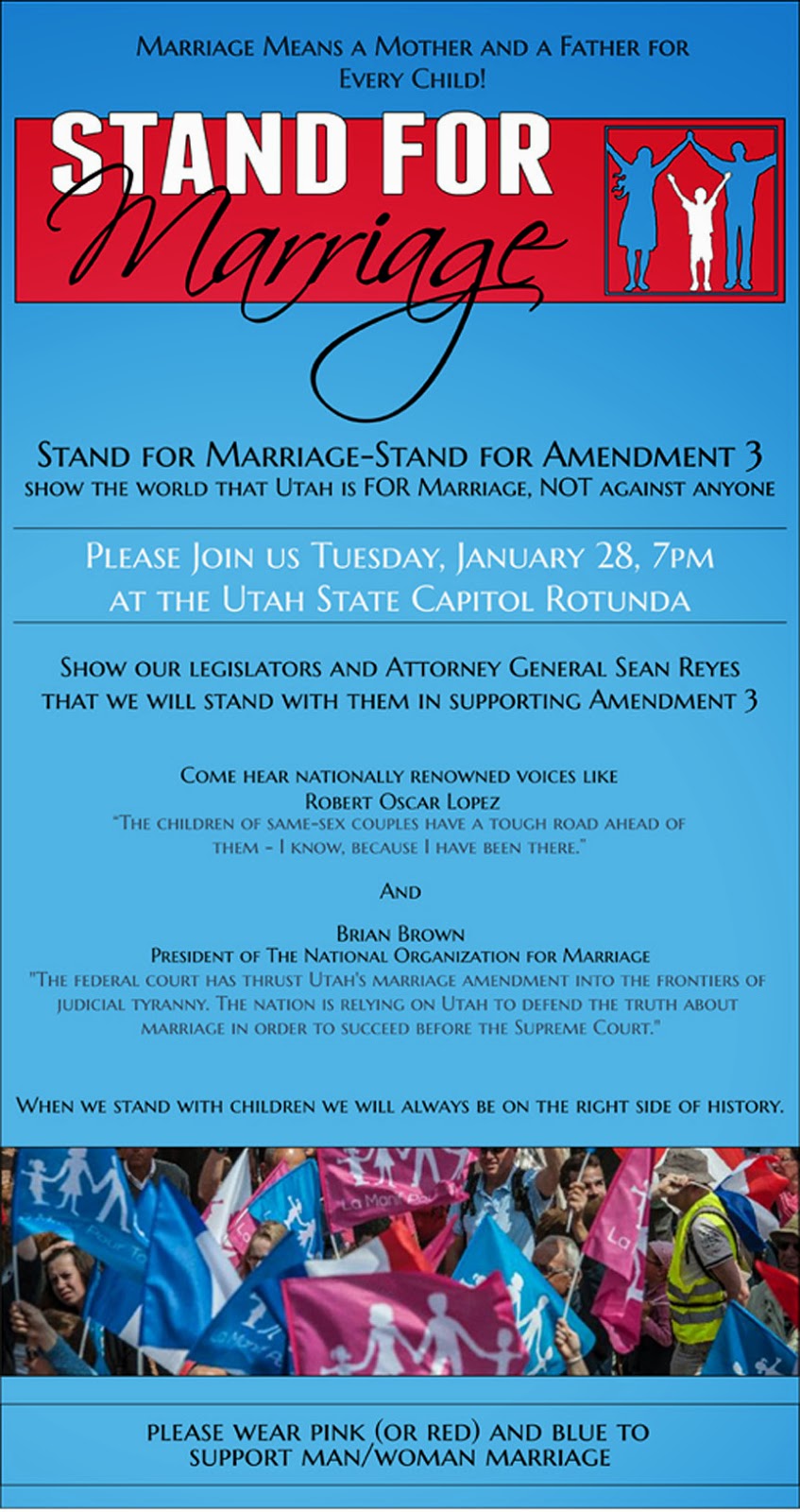 I do not live in the state of Utah, but I and many others from other states are watching what Utah will do in the coming months to defend traditional marriage.

As you may remember from my last post, Utah now stands at the forefront in the battle to keep the definition of marriage between a man and a woman.

I've read lots of articles and essays on the subject, as well as talking to many people, and I must say that I am frustrated that there are those in Utah who are giving up!!!

When we pick up one end of a stick, we also pick up the other. When we choose one road over another, we also choose the destination of where that road leads.

To keep our heads in the sand, and think that we will be "left alone," if only we just "give people what they want," we are only deceiving ourselves.

In the book of 2 Nephi in the Book of Mormon, we read:

For behold, at that day shall he rage in the hearts of the children of men, and stir them up to anger against that which is good.

And others will he pacify, and lull them away into carnal security, that they will say: All is well in Zion; yea, Zion prospereth, all is well—and thus the devil cheateth their souls, and leadeth them away carefully down to hell.

And behold, others he flattereth away, and telleth them there is no hell; and he saith unto them: I am no devil, for there is none—and thus he whispereth in their ears, until he grasps them with his awful chains, from whence there is no deliverance.

Yea, they are grasped with death, and hell; and death, and hell, and the devil, and all that have been seized therewith must stand before the throne of God, and be judged according to their works, from whence they must go into the place prepared for them, even a lake of fire and brimstone, which is endless torment.

Therefore, wo be unto him that is at ease in Zion!

Wo be unto him that crieth: All is well!

Yea, wo be unto him that hearkeneth unto the precepts of men, and denieth the power of God, and the gift of the Holy Ghost!

And then, in the Doctrine of Covenants the Lord says:


And thus he flattereth them, and leadeth them along until he draggeth their souls down to hell; and thus he causeth them to catch themselves in their own snare. 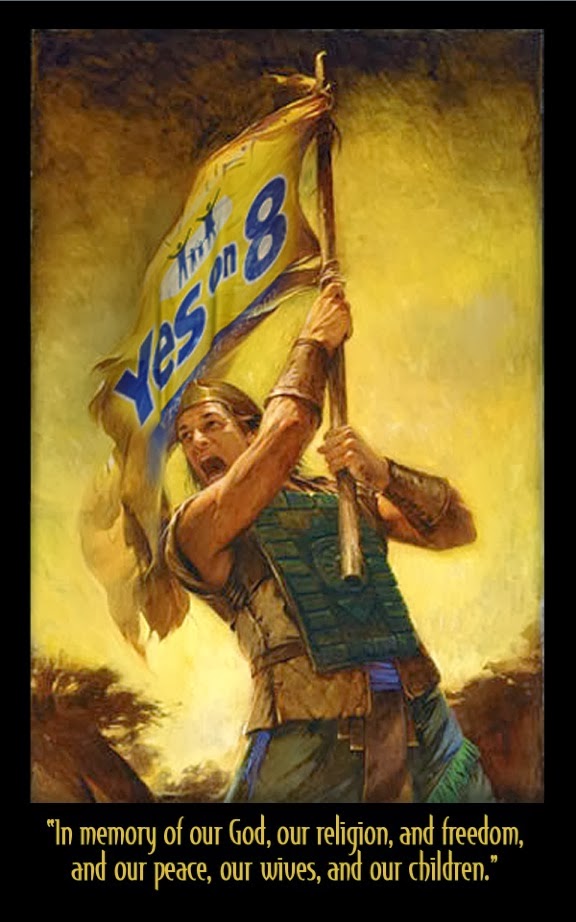 Staying Valiant in the Cause

I often, when thinking of fighting for truth, think of Captain Moroni in the Book of Mormon. His people were in REAL danger of losing their freedoms. Those who opposed the people governing themselves had joined with the vast, innumerable armies of the Lamanites. They were outnumbered, discouraged, and tired.

But did Captain Moroni give up and say "Oh, well. Let's just give them what they want, and then they'll just leave us alone. What's the big deal?"

And they were doing that which they felt was the duty which they owed to their God; for the Lord had said unto them, and also unto their fathers, that: Inasmuch as ye are not guilty of the first offense, neither the second, ye shall not suffer yourselves to be slain by the hands of your enemies.

And again, the Lord has said that: Ye shall defend your families even unto bloodshed. Therefore for this cause were the Nephites contending with the Lamanites, to defend themselves, and their families, and their lands, their country, and their rights, and their religion.

And he didn't just talk, he ACTED:


And it came to pass that when the men of Moroni saw the fierceness and the anger of the Lamanites, they were about to shrink and flee from them. And Moroni, perceiving their intent, sent forth and inspired their hearts with these thoughts—yea, the thoughts of their lands, their liberty, yea, their freedom from bondage.

And it came to pass that they turned upon the Lamanites, and they cried with one voice unto the Lord their God, for their liberty and their freedom from bondage.

And they began to stand against the Lamanites with power; and in that selfsame hour that they cried unto the Lord for their freedom, the Lamanites began to flee before them; and they fled even to the waters of Sidon.

Of course, we should be civil and Christlike in our defense of traditional marriage. But I know, with all my heart, that if we sit back and do nothing to protect the most sacred, divine institution (marriage) that God has created, The Lord WILL hold us accountable.


"Do what is right even though it seems you will be alone in so doing, that you are going to lose friends, that you will be criticized. I have never been sorry on any occasion that I stood for what was right even against severe criticism." 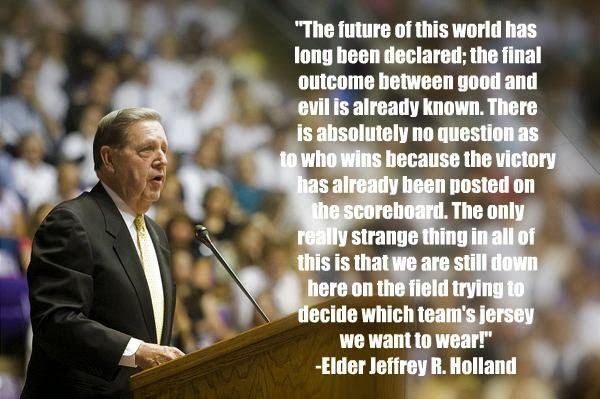 Though our enemies are numerous, and though they mock us, and call us names, and "gnash their teeth" in hatred and anger at us, we still have God on our side.


"In the gospel of Jesus Christ you have help from both sides of the veil, and you must never forget that. When disappointment and discouragement strike—and they will—you remember and never forget that if our eyes could be opened we would see horses and chariots of fire as far as the eye can see riding at reckless speed to come to our protection. They will always be there, these armies of heaven, in defense of Abraham’s seed." 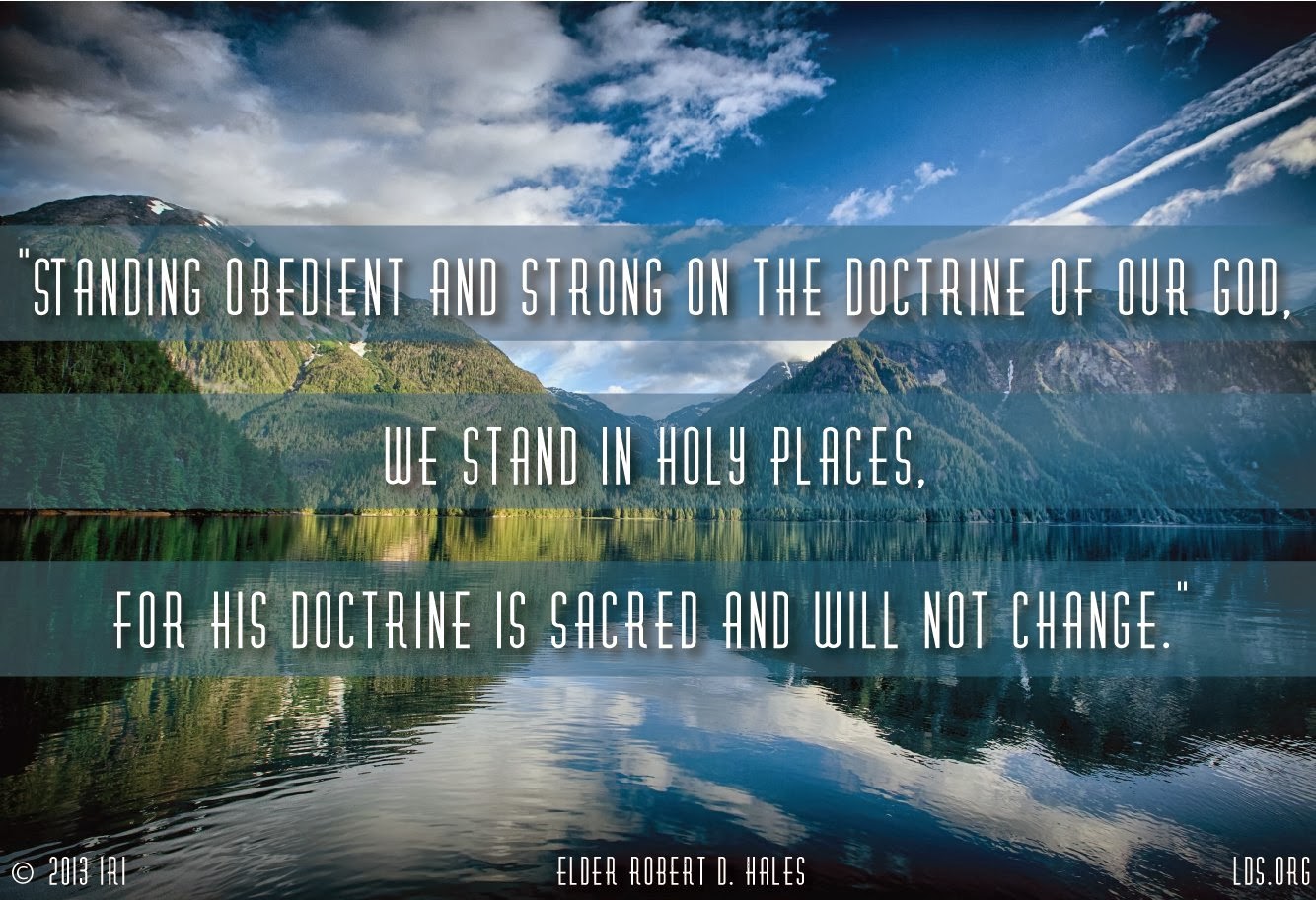 We MUST stand obedient and strong in the doctrine of our God on the issue of marriage.

UTAH, WE ARE WATCHING YOU!!!

What will YOU do to stand up for marriage?

I invite everyone who truly believes in the sanctity of traditional marriage who is in Utah to attend TONIGHT'S Rally celebrating Traditional Marriage between a man and a woman.

Please stand for our children and the world they will inherit.

Tonight, at 7pm, at the State Capitol Rotunda in Salt Lake City.

We will be watching you, Utah.