Making People, Not Things, a Priority 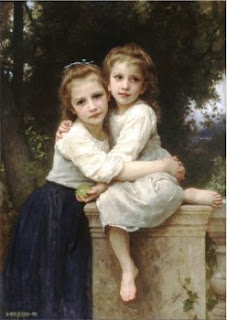 Today I read an article from the Christian Science Monitor, and found it so nice and refreshing to read another article why children should be valued and welcomed into families. Below is a quote or two, and the then a link to the actual article:

"I've heard the argument that children use up precious resources. But as far as I'm concerned, my children are a resource."

"When, later in life, we parents will be the ones who need constant care, it's our children who will be providing it; let's hope there are enough of them to go around."

"Despite world population growth trend lines, birthrates are falling in Europe. Even here in the US, the number of births per woman hovers right around replacement rates. A relatively small number of couples choosing to have four or five or even 12 kids isn't likely to skew those numbers much."

"My kids aren't status symbols, but to me they are a symbol of sorts: Children represent opportunity for the love, compassion, and support that's learned within families to be shared with the rest of us."

"It's time our entire culture shifted its priority away from things and back toward people." http://www.csmonitor.com/2008/1021/p09s02-coop.html
Posted by Rachel Keppner at 6:54 PM