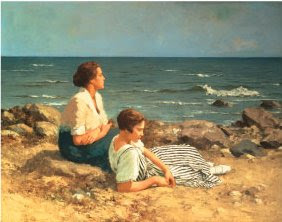 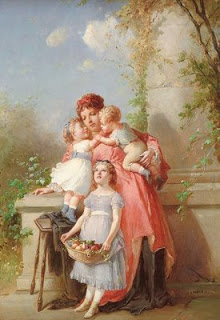 There was a story about a local NOW (National Organization of Women) chapter in this morning's paper, that I just couldn't let alone. Here's my short response:

You know, I am so sick of these feminists and their out-dated arguments. We, the young mothers of today saw firsthand how NOW and the feminist movement almost destroyed our homes and families. What these women don't seem to be able to grasp, is that those of my generation are CHOOSING to be home and raise our children, rather than running away from responsibility and the joys that only dedicated motherhood can bring. We learned the lessons that the generation before us refused to see. I am a mother and homemaker, and proud to be so. I reject the outdated idea that women who are at home simply don't know any better. Save me the rhetoric-- I've heard it all. The mothers of today are intentionally ignoring the STALE message of NOW! Scream like banshees, but we're no longer listening, girls!

I want to clarify that I know that there are many women here, and elsewhere, who rejected these ideas of their peers. (My mom is one-- thank heavens!) To you ladies who chose to fight against this at its peak, I applaud you!!! (I should have mentioned this in my comments-- sorry, I just got mad and shot with both barrels!)

Mothers who know where their priorities lie, who see the extraordinary impact we can have on the world through our homes, do NOT need "liberating." We have our eyes firmly fixed on a mission that will influence generations to come.

The "liberation" happens when the world changes because of our work and devotion to the future leaders in our own homes.
Posted by Rachel Keppner at 6:59 PM No comments: