Dear Friends: I am so thrilled to introduce OFM's very FIRST guest writer, Sherry. She has some very important things to say about a disturbing trend that is growing among LDS women.* Thank you, Sherry, for sharing your excellent thoughts on this important matter! Be sure to check out her lovely blog at My Heart ever Faithful.

Recently, I have noticed a worrisome new trend among my fellow LDS sisters in the Gospel.   An ever increasing number are choosing to get breast implants.  I am very confused on why this is so and it concerns me.

It’s not as if these are quick, easy and painless.  Why would we sign up for surgery, spend a good amount of money, experience pain and down time it takes to recover?  And of course, there’s always the possibility of infection among a long list of other negative side effects and complications.

Why would we want to have something fake and unnatural put into our bodies?  1 Corinthians 6:19-20 states:  "Know ye not that your body is the temple of the Holy Ghost which is in you, which ye have of God, and ye are not your own?  For ye are bought with a price: therefore glorify God in your body, and in your spirit, which are God's."

This is a procedure that is invasive and permanent.  Will implants really boost our confidence as some plastic surgery clinics and others claim?  Perhaps the desire for implants is partially the result of the increased problems and consequences that stem from pornography?  We may see our bodies as inadequate when comparing them to the images on TV, in movies and on magazine covers that we unavoidably run into every time we’re in the checkout line at the grocery store.

We all know media infiltrates us with the message that bigger is better and that what we are is never good enough.   Interestingly, in the first two decades of the twentieth century, it was popular to be flat chested.  (Article entitled “The Great British Bust -- A Century of Fashion Trends”)   Who’s to say that won’t be the “in” thing tomorrow?

I know being a woman myself, how terribly easy it is to compare ourselves to one another.  It almost feels automatic.  But, that is exactly what Satan wants us to do.  Compare ourselves and beat ourselves down over perceived failures that we cannot control, such as our body type.  The natural man kicks in and we feel the need to compete with each other until we feel we are as good as or better than one another.  We begin to feel self-conscious and for most of us, care too much what others think of us (me included).  It’s all too easy to get caught up in this way of thinking.

One of my favorite children’s stories is “The Sneetches” by Dr. Seuss.  I love it for the message it conveys and is every bit as applicable to adults as it is to children.  If you by chance don’t know this story, I’ll give a brief summary:

Then one day, along comes a stranger offering a solution.  For a price, he would give stars to the Plain- Bellied Sneetches with his Star-On Machine.  Well, the Plain-Bellies thought this was a wonderful idea!   They were all more than willing to pay money to get stars and to fit in with the Star-Bellies.  But, this was unacceptable to the Star-Bellies and they began to complain.  That’s when this same stranger offered yet another solution … he could remove the stars from the Star-Bellies, for a price of course, with his Star-Off Machine.  Then, the vicious cycle continued of one group thinking they were better than the other, all because of one small star on their bellies.

The Star-On and Star-Off Machine was working at top speed and the stranger became richer and richer with the Sneetches continually getting stars on and then stars off.  It became such a mixed up mess that they forgot who was who.  Finally, these Sneetches wised up and decided that no Sneetch was better than the other.


I think this story applies to breast implants.  Babylon (the world) says that more-endowed women are better than the less-endowed.  We know our worth in the sight of God is more than skin deep, yet it’s so easy to fall into Satan’s carefully laid trap.  I hope that pride and vanity are not widespread among us as with the Sneetches.

Most likely, we're not persecuting with physical actions but by our thoughts of one is better than the other, just as in times of old.

“Nephi’s younger brother Jacob chastised the Nephites for their vanity by saying, 'Ye are lifted up in the pride of your hearts, and wear stiff necks and high heads because of the costliness of your apparel' (Jacob 2:13).  Jacob was not criticizing well-intentioned efforts to dress neatly but instead the haughty attitudes of those who become puffed up …  He implied that pride based on outward appearance created a rationalization which allowed the Nephites to persecute their brethren 'because ye suppose that ye are better than they' (Jacob 2:13)."  (Douglas Bassett, from the talk “Faces of Worldly Pride in the Book of Mormon”)

“I plead with you young women to please be more accepting of yourselves, including your body shape and style, with a little less longing to look like someone else. We are all different. .. And almost everyone at some time or other wants to be something they are not!  But as one adviser to teenage girls said: ‘You can’t live your life worrying that the world is staring at you. When you let people’s opinions make you self-conscious you give away your power. … The key to feeling confident is to always listen to your inner self—the real you.’  And in the kingdom of God, the real you is ‘more precious than rubies.’  Every young woman is a child of destiny and every adult woman a powerful force for good.  I mention adult women because, sisters, you are our greatest examples and resource for these young women.  …In too many cases too much is being done to the human body to meet just such a fictional (to say nothing of superficial) standard. As one Hollywood actress is reported to have said recently: ‘We’ve become obsessed with beauty and the fountain of youth. … I’m really saddened by the way women mutilate themselves in search of that.’

“In terms of preoccupation with self and a fixation on the physical, this is more than social insanity; it is spiritually destructive, and it accounts for much of the unhappiness women, including young women, face in the modern world. And if adults are preoccupied with appearance—tucking and nipping and implanting and remodeling everything that can be remodeled—those pressures and anxieties will certainly seep through to children.  At some point the problem becomes what the Book of Mormon called ‘vain imaginations.’ … Yet at the end of the day there would still be those ‘in the attitude of mocking and pointing their fingers’ as Lehi saw, because however much one tries in the world of glamour and fashion, it will never be glamorous enough.” (Elder Jeffrey R. Holland, from his talk entitled “To Young Women”. Italics and bold added for emphasis.)

Please know it is not my intent to condemn any who have chosen to get implants.  And I know there are cases where reconstruction is necessary.  My intent and hope is for those who may feel their bodies just don’t measure up, that it’s not necessary to have something as drastic as a surgery or any other invasive medical procedure to have confidence and be worthy of love and acceptance.  Our worth and confidence comes from knowing that we are daughters of God, of infinite worth in His sight.  And just as importantly, see each other the same.  I welcome your stories, comments and thoughts concerning this topic. 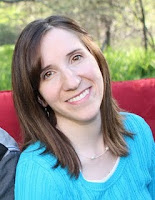 About Sherry: Hi, my name is Sherry. Been shy and quiet my whole life.  Except for when you get to know me and then you'll probably tell me to please. stop. talking. I seem to communicate my thoughts and feelings better in writing though. I am a very non-confrontational person.  The main thing I hate about that trait is once I'm in a situation where I need to think quick, defend myself, or something of that nature ... I can NEVER think of what to say until about ten minutes later.  Then I'm kicking myself that I didn't say this, this, and this.  Maybe it's better that way, who knows. My favorite thing is to be with my family.  I have always wanted to be a mother.  I am so grateful for the opportunity and privilege I have of being the mother to five children, four boys and one girl.  This journey of Motherhood has been a lot harder than I ever expected.  But, isn't that usually the way it is?  Anything worthwhile takes work, sacrifice, love and faith.
I'm married to my best friend and sweetheart.  We'll be celebrating our eleventh wedding anniversary in August.  I am so grateful to have an amazing man at my side as my companion throughout this life and through eternity.  I have a strong testimony of my religion and am proud to be a member of The Church of Jesus Christ of Latter Day Saints. I love my Savior, Jesus Christ and am forever indebted to Him.

*For more statistics on this subject see the article here. 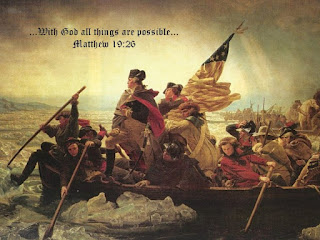 I'm presently on vacation with my family, so please forgive the gap in my posts. I do, however, want to wish all my readers a wonderful Independence Day today!!! I am so grateful for our Founding Fathers, and all they did to secure liberty and freedom for all of us who have come in the years after.

May the Lord bless you and yours,