My Views on Youth Dating

One of my favorite books to recommend to youth and their parents is "I Kissed Dating Goodbye" by Joshua Harris. While I do not agree with some of the ideas Mr. Harris puts forth in the book, reading this book did help me clarify some thoughts I've had about dating, and aided me in coming to my own conclusions about what is appropriate when, with regards to dating and marriage issues.

As Latter-day Saints, our family subscribes to the standards set forth in the booklet called "For the Strength of Youth" put out by our church (The LDS Church, a.k.a. "Mormon"). This is a wonderful guide for our whole family to follow, because it reminds us of the scriptural teachings regarding morality and spirituality that will bring us closer to Christ.


Here is what "For the Strength of Youth" says with regard to DATING and PAIRING OFF:


Not all teenagers need to date or even want to. Many young people do not date during their teen years because they are not yet interested, do not have opportunities, or simply want to delay forming serious relationships. However, good friendships can and should be developed at every age.

When you begin dating, go in groups or on double dates. Avoid going on frequent dates with the same person. Make sure your parents meet those you date. You may want to invite your dates to activities with your family. Plan dating activities that are positive and inexpensive and that will help you get to know each other. Do things that will help you and your companions maintain your self-respect and remain close to the Spirit of the Lord. (emphasis mine) See 2 Corinthians 6:14

Notice the part I highlighted? This is where our family has decided to be in terms of dating until our youth are of marriageable age. We will allow casual group dating when we know the family well, AND when those they will be dating are of our same faith.

Sadly, the principle of looking at dating as a way to find a marriage partner, is actually very unusual in this day and age. Even LDS youth and college students date just to have fun, or to have someone to kiss, or even more. It has been a LONG time since "dating" has actually been about MARRIAGE. But that's what it ALL should be about! I think pairing off at a young age is, at best, just useless or, at worst, morally dangerous! Unless one is of age to be looking for a marriage partner, dating as a single couple is not appropriate. And even then, if young adults risk their hearts and emotions on a regular basis, they can become cynical and jaded in their views on appropriate relationships.


“Kissing has … degenerated to develop and express lust instead of affection, honor, and admiration. To kiss in casual dating is asking for trouble. What do kisses mean when given out like pretzels and robbed of sacredness?” ~President Spencer W. Kimball (emphasis mine)

The result of all this dabbling in romantic encounters-- even when those encounters are technically labeled "chaste"-- is a trail of broken hearts, regrets, and tears. (By the way, I don't think non-committal make-out sessions that are so popular on even our church's college campuses can be called any kind of "chaste"!) I don't wonder at the lack of commitment to marriage among so many returned missionaries in this day and age. They have usually have had several little "romances" (often throughout junior high, high school, and before their missions) where they risk their hearts too easily and too soon. How can anyone, young men or young women, commit to someone for all eternity when they're busy "trying" so many people "on for size"?


“When are you old enough? Maturity may vary from individual to individual, but we are convinced that dating should not even begin until you are 16. And then, ideal dating is on a group basis. Stay in group activities; don’t pair off. Avoid steady dating. Steady dating is courtship, and surely the beginning of courtship ought to be delayed until you have emerged from your teens.” ~President Boyd K. Packer (emphasis mine)

I also submit that one reason for so much divorce in this day and age is the familiarity people have with the idea of moving from partner to partner-- not only sexually, but emotionally! When people have been in several relationships throughout their lives, and have broken up many times before they get married, "breaking up" again is no big deal. They have extensive experience with the process.


“Steady dating at an early age leads so often to tragedy. Studies have shown that the longer a boy and girl date one another, the more likely they are to get into trouble." ~President Gordon B. Hinkley

To give you a good idea about my background, I married very young-- two weeks before my eighteenth birthday, actually. I was graduated from high school, and my beloved was a recently returned missionary of the age of twenty-one. Most people were shocked and upset that I was getting married so young. (My parents were quite concerned, too.) Very few of my friends or family were happy for me, even though I was entering into the sacred covenant of eternal marriage in the house of the Lord.

At the time, I was a bit worried, myself, simply because I had all kinds of "plans" about college and seeing the world. I had been indoctrinated in the ways of the world in my public education. But I had also, thankfully, been schooled in the Church and in my family, about the importance of eternal marriage and motherhood. And so, my biggest dream of all, and the thing that I had hoped and prayed for during my life, was now going to happen sooner, rather than later. I was in love, and the Lord let me know that my chosen husband was a good man-- the right man-- and that I was marrying him in the right place. When I chose to begin dating my future husband, I knew I was choosing the possibility of marriage. And I really was ready for the biggest step in my life.


“Do you want capability, safety, and security in dating and romance, in married life and eternity? Be a true disciple of Jesus. Be a genuine, committed, word-and-deed Latter-day Saint. Believe that your faith has everything to do with your romance, because it does. You separate dating from discipleship at your peril. Jesus Christ, the Light of the World, is the only lamp by which you can successfully see the path of love and happiness. How should I love thee? As He does, for that way ‘never faileth.’” ~Elder Jeffrey R. Holland

Looking back, I'm very grateful that I didn't ever give my heart, my affection, or my kisses to anyone else before I became engaged to my husband. Living with no regrets brings a wonderful peace of mind. I do not have the discomfort of knowing that I dated, loved, or kissed anyone else's husband. This was all a happy accident, because I did not have the guidance in careful dating I am trying to give my children. I was silly about boys, and actively pursued several unfortunate young men I liked. I feel that careful, purposeful dating is a valuable goal for my children to have, and I hope the same kind of peace and lack of regret for them.

Fast forward to the present. I am a mother of many, and I have have Youth of my own. My eldest daughter is now seventeen, and she has no real interest in dating. She says she's not looking to get married any time soon, and so entering the dating scene makes no sense to her right now. My two boys are not far behind in age, with my second daughter at age twelve. We talk often about dating, and our family's standards of dating and pairing off. It has not been easy, but we are all determined to maintain the standards that the Lord has set. We simply encourage our children to postpone "dating", until it is time to look for a spouse.

I love the following quote, given by the prophet Spencer W. Kimball:


In order to avoid difficulty and possible temptation, I suggest again the following standard. Any dating or pairing off in social contacts should be postponed until at least the age of 16 or older, and even then there should still be much judgment used in selections and in the seriousness. Young people should still limit the close contacts for several years, since the boy will be going on his mission when he is 19 years old.

Dating and especially steady dating in the early teens is most hazardous. It distorts the whole picture of life. It deprives you of worthwhile and rich experiences; it limits friendships; it reduces the acquaintances which can be so valuable in selecting a partner for time and eternity.

There is definitely a time for the dance, for travel, for associations, for the date, and even for the steady date that will culminate in the romance which will take young people to the holy temple for eternal marriage. But it is the timing that is so vital. It is wrong to do even the right things at the wrong time in the wrong place under the wrong circumstances. (emphasis mine)


Dating with the intention of looking for an eternal companion is a good thing, when it's approached with real purpose and vision. And the "For Strength of Youth" booklet is very clear about what kind of dating is appropriate. It is a wonderful guide for families to follow.

This amazing video touched my heart deeply today, and makes me examine my relationship with my dear husband. Am I taking his love and kindnesses for granted? When was the last time I thanked him for all he does for me and our children?

I am so very blessed-- I think I'll go let my dear husband know how he enriches my life.

Posted by Rachel Keppner at 9:25 AM 3 comments: 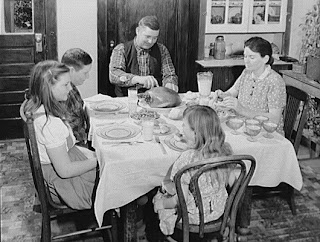 Do you ever have days when you feel discouraged, and even start to question if the work you do in your home truly matters?

Have you ever stepped into the kitchen to cook, thinking "I can't believe it's time to cook again" ?

Have you ever faced a large pile of laundry, a sink full of dishes, or a dingy bathroom with dismay?

Well, if you haven't, I don't know why you're visiting this blog!

I have felt the emotions above COUNTLESS times, and constantly need to remind myself of the gift that mothering is to our families, ourselves, and yes-- to the glory of God.

A WONDERFUL article I read this afternoon by LDS Relief Society President, Julie B. Beck is keeping my spirits up today, and I'd like to share it with all my readers.

Remembering the power we have in our nurturing is a great way to start the new year, don't you think? Read the whole thing-- it's not long. I know you'll love it! :-)


"Powerful Nurturing" by Julie B. Beck